Get fresh music recommendations delivered to your inbox every Friday.

by The String Contingent 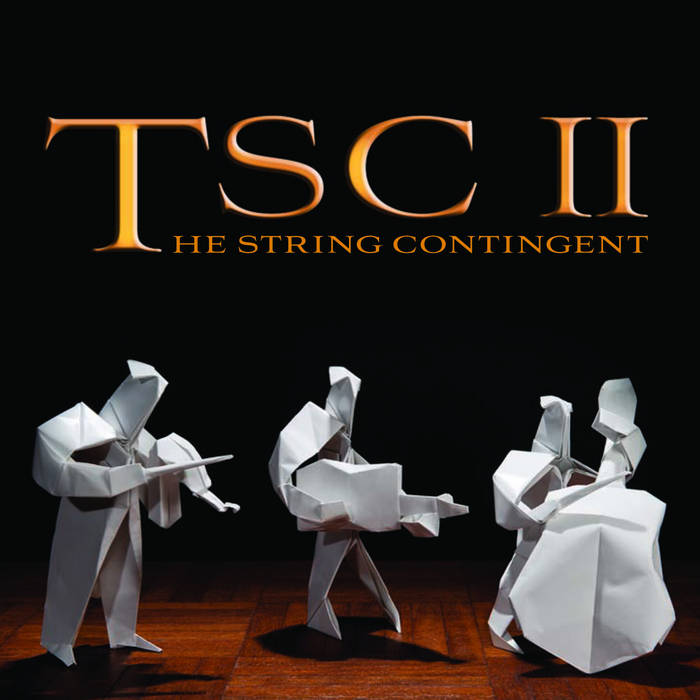 The music on this album was primarily composed and arranged between early 2010 and early 2011. Many pieces were conceived and completed by one of us before being brought to the trio, while others benefited from a more collaborative approach over
extended periods of touring and rehearsal. Having refined our sound considerably since recording our self-titled debut album in March 2010, our subsequent compositions have been both guided and liberated by what we now know we can collectively achieve.

Our first year of composing, touring and recording together was the most intense period of musical growth we have ever experienced, a development which we feel is reflected in our second round of
compositions presented on this album. Our first album The String Contingent was recorded live in a large church, with no subsequent editing. The challenges of this process were so compelling for us that we could not contemplate the more usual studio approach for our second album.

We decided to aim for a more intimate, immediate sound, hoping that listeners would feel as though they could almost reach out and touch each instrument, while maintaining the sense of space and warmth that only beautiful acoustics can provide. We were excited and privileged to work again with Mischa Herman, our sound engineer. His work on our previous recordings has been highly praised, and he has once again captured our sound in his no-fuss, immaculately detailed way. We hope you enjoy listening to TSC II, and we thank you for supporting us and our music

The String Contingent would like to thank:
Mischa Herman, Camilla Higgins, Anne White, Oliver Downes, the
Stone family, the McLeod family, the O’Leary family, Marilla Homes,
Lucy Wise, Modhan, Peter Madill, Bradley Cummings, Alice Braden,
everyone who has supported us personally and musically over the
past year, and Wally, for always watching.

Mixed by Mischa Herman at Cyclestudios, 7th and 8th November 2011.

Graham’s guitar was made by Peter Madill in 2011
(www.petermadill.com).

Origami figures designed by Robert J. Lang, (www.langorigami.com) and folded by Oliver Downes with permission from the artist.

The String Contingent have reached ‘the upper echelon of instrumental exploration, arrangement, composition and performance’ (Tony Hillier, Rhythms Magazine). Their music ‘brings to mind the bluegrass records of Yo-Yo Ma and Edgar Meyer … with elements of Bach, Kronos Quartet and sometimes a splash of Philip Glass ... they are incredibly skilled ...’ (Ulf Torstensson, Lira Magazine). ... more

Bandcamp Daily  your guide to the world of Bandcamp

Bonobo stops by to talk about his new record Fragments